Recently I have been watching a show called “Cookery School” which features some delicious recipes made by Richard Corrigan.

I hadn’t heard of him before I watched the show but his style and what he put on to a plate made me a fan!

Being a farmers boy, grafting and having a real respect for all food, never wasting it, is something I can really admire!

After scouring around the internet and finding that a few but not all of my favourite recipes were on the internet, I decided to get the book! 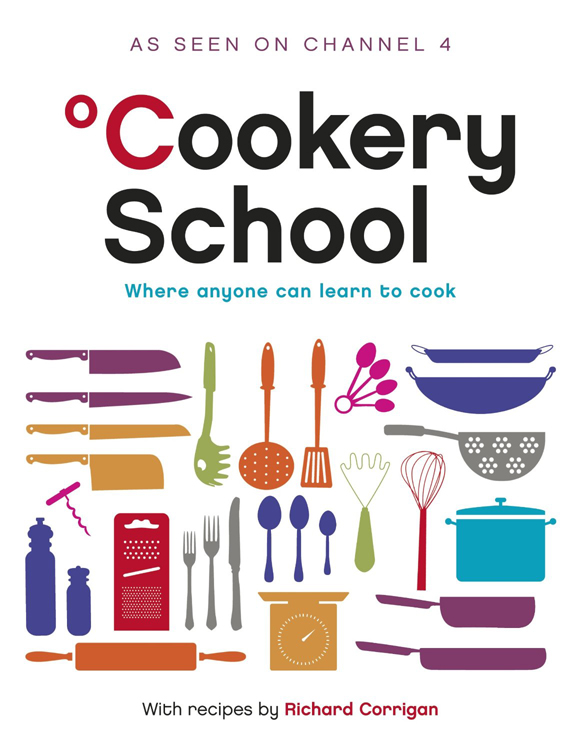 I will admit, I did this recipe just relying on the shows demonstration without any real measurements but since the shows are all cut a lot it’s not too reliable!

Everything I did was about right though if I could do it again I would use more lemon as the actual recipe states instead of watching just half a lemon being squeezed over!

The recipe I was most interested in eating right away was a carpaccio of mushrooms that was served with pepper crusted Tuna and Beignets.

I loved the idea of thinly sliced mushrooms instead of the usual meat and that they require no cooking, the lemon juice does all of the work! 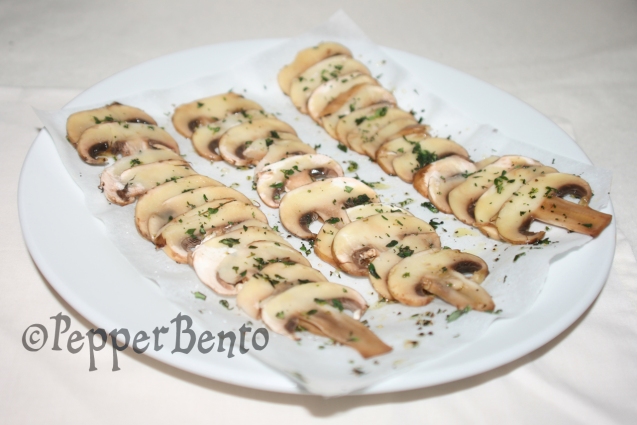 Scatter over half of the thyme leaves and place the sliced mushrooms on top.

Drizzle another 1 tablespoon of olive oil, the remaining lemon juice and season with salt and pepper.

Scatter over the remaining thyme leaves and then place another sheet of greaseproof paper on top.

Position a heavy weight, such as a saucepan filled with water, on top and set aside for 20-30 minutes. 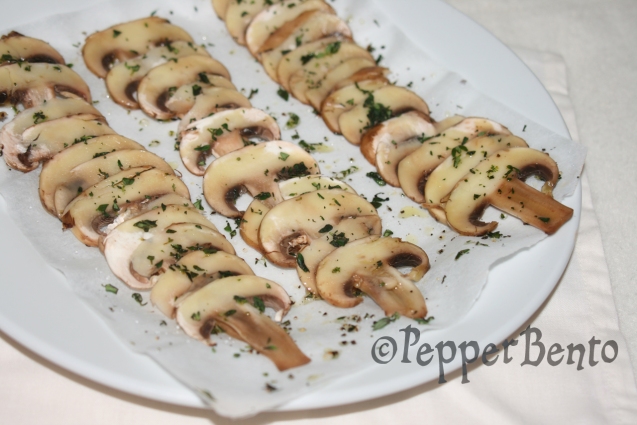