I have found it a struggle at times but the achievement is fantastic, two posts a week for two years, that’s now 213 posts!

Still, it’s more than just quantity, I hope it’s quality that all of my followers enjoy reading, you guys encourage me to carry on, thank you!

So, on Monday I promised to show you all what was in my mysterious, beautiful gift bag/box that I won in the Bento Grand Prix 2013!

The competition was hosted by both Bento & Co and Yamasa, a Japanese Soy Sauce company!

I’ve shown you what Bento & Co sent, but what about Yamasa? 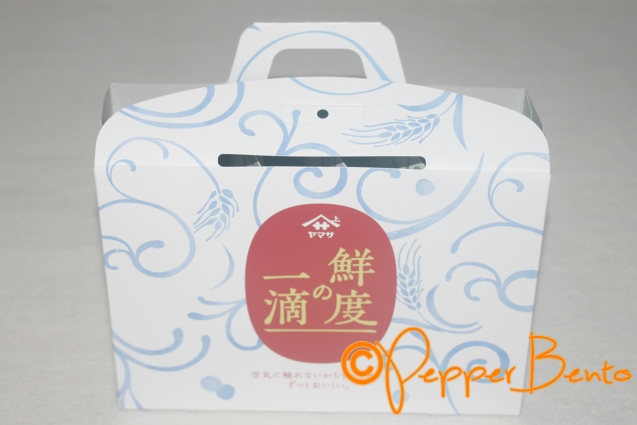 Of course it has to be Soy Sauce!

The gorgeous box makes this something a food fanatic, like me, would love as a present! 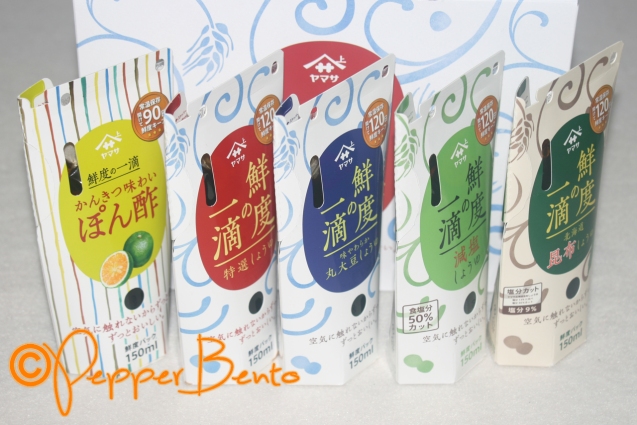 It is soy sauce!

Usually, soy sauce is sold in bottles by the litre in Japan but these are a little different!

The idea is that they will stay fresher for longer than a usual bottle since the sauce is vacuum packed inside each cardboard container!

They only hold 150ml of sauce so they are great to take on the go or to put at your desk or somewhere else there might be a shortage of soy sauce when you need it!

These “drops of freshness” as they are aptly named, are most likely only sold in Japan right now since most countries don’t have a need for portable soy sauce away from tiny sachets and probably only use 150ml a year!

Another reason I’ve come to this assumption is because all of the packaging is in Japanese!

I’m not very good at Japanese so I have done my best to translate the different flavours and types in this set.

If you can read Japanese please do let me know what they say and by all means correct me!! 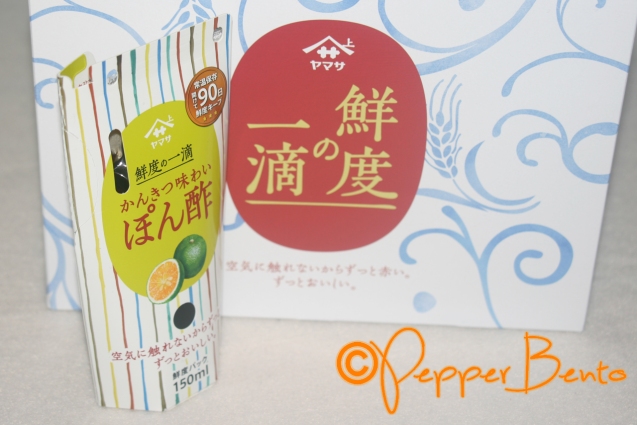 First up is Ponzu soy sauce!

It comes in a rather fetching striped package which sets it apart from the soy sauces making it hard to mistake!

Ponzu soy sauce or just ponzu sauce is a blend of vinegar, soy sauce and citrus fruits like the Japanese Yuzu or Sudachi (pictured) which you can imagine gives it a sweet, sour and savoury taste! 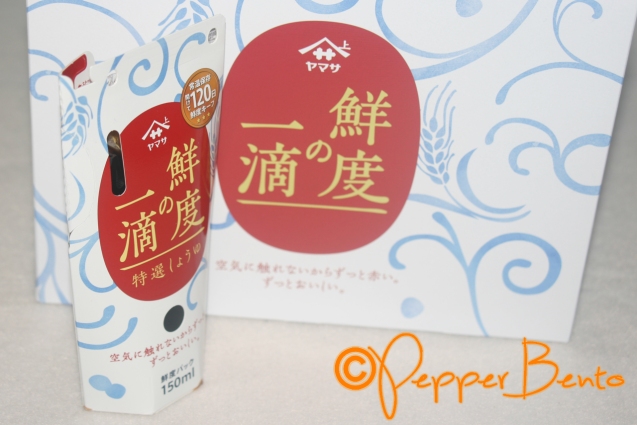 Next up is good old original, regular or classic, however you like to word it!

This is their normal soy sauce, nothing added or taken away. 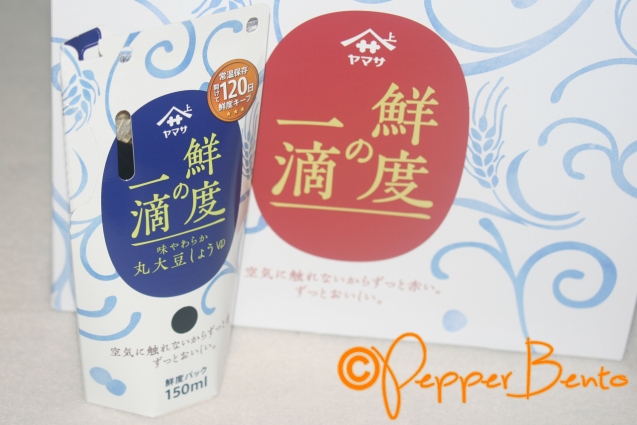 In the blue package we have, as far as I can tell, soy sauce with added mirin (a sweetened rice wine) and extra soy beans!

I can only guess this is a sweetened soy sauce that would be great to cook with when you need a touch of mirin sweetness but don’t want to carry around a whole bottle! 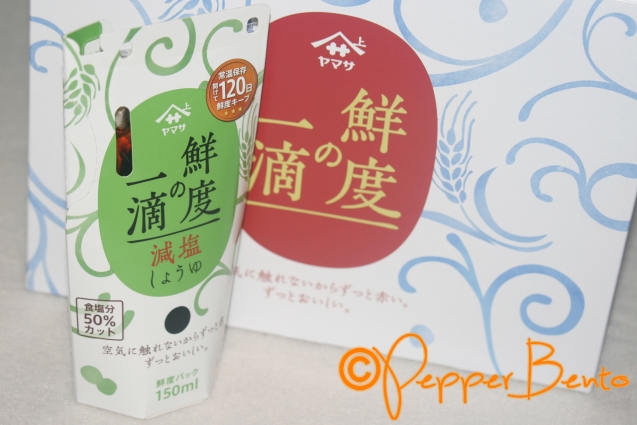 In this light green package we have something for the very health concious, reduced salt soy sauce!

To generalise, the Japanese are very health concious so it’s not much of a surprise that some are worried about their salt intake thus reduced soy sauce was created!

This soy sauce claims it has 50% less salt in it (compared to their original I’m guessing) which seems like a hell of a lot.

It does beg the question, is there way too much salt in the original or is the reduced salt version just completely devoid of flavour? 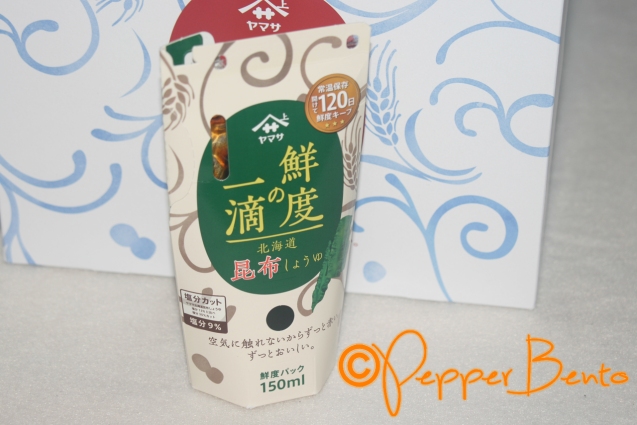 Last but not least is Kombu soy sauce, soy sauce with a touch of kelp seaweed!

So are you surprised by some of the different flavours of soy sauce available?