A couple of months back I reviewed the most delicious ready meal I had ever had.

Then I got sad.

As you might recall, I brought that first Charlie Bigham’s Macaroni Cheese meal in the sale section.
From then on, though we checked every time we were in store, there were no more meals.

In fact, it wasn’t that they were just sold out but there was no section for them at all in my local Sainsbury’s!

A few days ago though as we were browsing, we came across a promotional shelf and lo and behold there they were!

There were only a few left on the shelf reduced from £8 to £5 on special offer.

We wrestled between Moussaka, Chicken Tikka Masala and the very last Lasagne.

The Lasagne just felt like a sign so we had to pick it up!
My only regret is we didn’t get more.

I love the “Serve with a wink” in bottom left!

Thinking about this packaging now, these meals best features like their lack of chemicals and weird additives are left to be found out on the back with the ingredients which is a shame.
They also used British pork and beef in this.
I think if they added a little info about that stamped on the front it would really let everyone know these are quality.

I know if I was making tasty no rubbish food on a commercial scale I’d want everyone to know straight away!

Last time I thought the picture on the packaging was really accurate, this time though I wouldn’t know as there is no way I would be skilled enough to not mush it up even when just cutting it!

Still, though they may have got creative with the lasagne on the slice, the meal just left of it looks very accurate…..and tasty…..stop watering mouth, you’ve already eaten it you pig!!

I love how fresh pasta is used in this too! 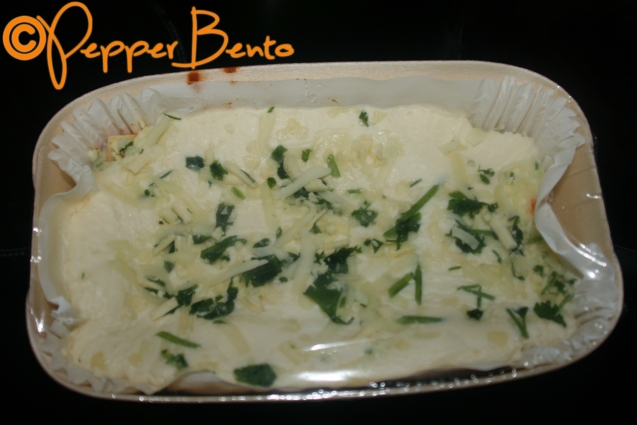 Into the oven with you!

It’s going in for 30 minutes which is reasonable.

Have you ever tried those ready meal that takes 45 minutes to cook with only you to feed?

I used to when I was between a gap where I couldn’t eat my mums hideous food again but also couldn’t cook and it’s a long time for a small meal!

30 minutes is still a while in this fast food society but at least you know where it’s going, this is a big meal for two!

The sauce was delicious and not too cheesy, the mince had that tang of tomato flavour but also that comforting taste of being cooked for a while and the pasta, wow.

Though I thought the pasta was going to be the heaviest part of the meal it was the lightest, so soft and tasty yet not mushy or gloopy at all!

The only thing I would say is though it said there was beef and pork in the ragu I can’t say I could tell.

Now I’ve never had a mixed meat ragu so I’m not sure if you are supposed to taste the pork or if it is there just to take away some of the richness of the beef which I think it does successfully, I just couldn’t taste it!

All in all a really gorgeous dinner which made me stuffed but still wanting to eat more!

The wooden baskets that the meals are served in are a Godsend too, I’m using mine to keep my desk tidy!