This year I got an unexpected New Years present.
Unfortunately it was the kind of present akin to dog poo on your front step, well not really…… it was worse.

Yup, this new year my fridge freezer broke down.

It was especially unfortunate for 3 reasons.

Number 1: The freezer was full

Number 2: There was no-one else with a freezer to take the food

Number 3: It was New Year so no-one would deliver until at the earliest the next week.

Now the big mistake we made was trying to diagnose and fix the problem while the fridge freezer was still working.

There was a very loud banging noise coming from it and after much inspection and research we learned it was the compressor, which, as soon as it was found out, subsequently died.

So, what is the best thing to do when your fridge and freezer are dead and there is not another in sight to use?

It was pretty heartbreaking but we had to decide which foods had to go and which foods were too good to throw away and eat them double time!

We had semi frozen chips (don’t do this, they were a really horrible watery mush inside), 4 packages of mini sausages and milkshakes made of melted ice cream combining melting Terry’s Chocolate Orange ice creams with melted whole milk ice cream which was the best milkshake I’d ever tasted though not light on the calories I would guess.

After all that and a lot of sad and horrible losses to our food arsenal, the hubby and I banded together in the kitchen to use as many packs of mozzarella cheese and sausage meat as we could with a little help from another freezer casualty, puff pastry blocks.

Since we didn’t have refrigeration we wanted things we could snack on that were easy to eat since any leftovers would have to be thrown away.

We made sausage ball bites by rolling up good quality sausage meat into balls, putting puff pastry around them, scoring an X in the tops then baking them at 180oc for 20 minutes.

We also made a Mozzarella Puff Pastry Bake.
My hubby made some beautiful squares of pastry, put in three mozzarella pieces then sealed each rectangle in half and in thirds for each piece of cheese. 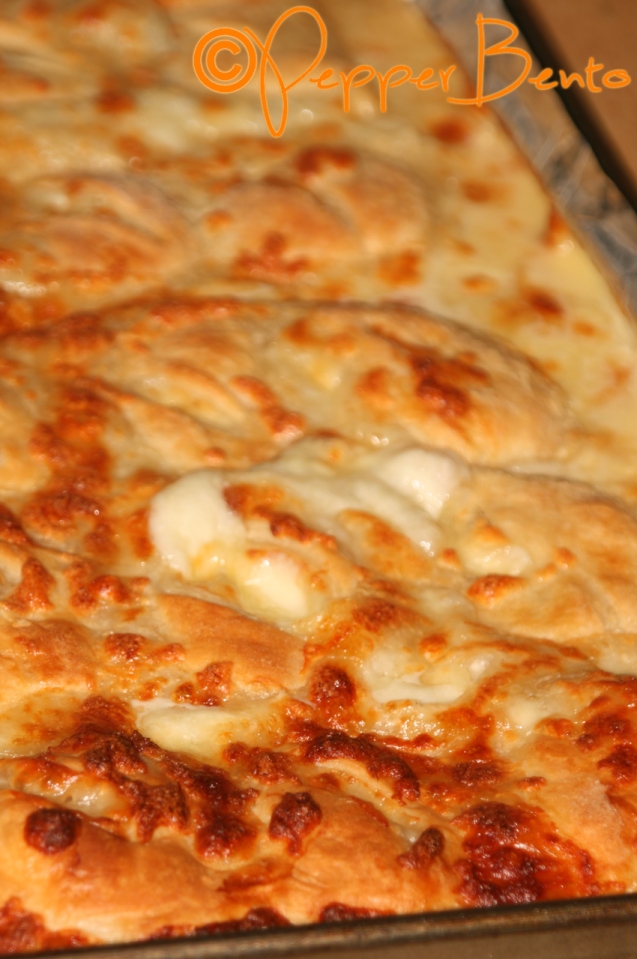 Unfortunately they didn’t come out as pretty as they were going in but it was a use of the food anyway.

The moral of this story is don’t buy a fridge freezer, especially the Hotpoint RFA52, because it lasted just 4 years.

From now on we will buy a fridge and a freezer which I’m sure will not only have both doing a better job but will ensure not everything will go straight down the swanny when things go wrong!

As for the broken fridge freezer?
Well, we thought it would make a good set of storage shelves.
I’ll update you on that progress at a later date!

Sigh, I miss having a fridge.