Today we have another chapter in my quest for the best in portable cutlery.

We’ve had some greats and some stinkers, all in different price ranges and today we have a little Summit Summit with the Summit 4 in 1 Travel Cutlery set.
Sorry. I couldn’t help myself.

This is quite a queer looking thing I have to say which was all the more reason for me to pick it up.

This came in at about £2 so it’s at the low end of products price wise, hopefully it will exceed its price in usefulness though!

So, let me explain why it looks so weird. 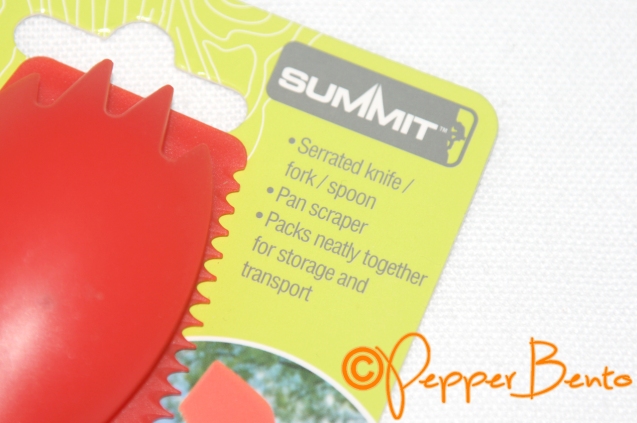 This is inherently a camping tool so the knife has been nicely designed into a tiny little spatula, or pan scraper as they put it, as well.

That gadget then has a spork slot into it to keep them best of buds and safe in one place. 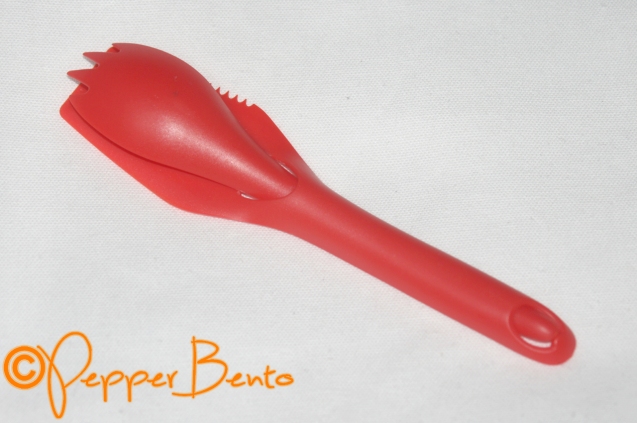 You can see the very simple design, which has a large hole and a small hole for the spork to fit into on its own handle.
The design works quite well and because of the nesting factor the spork handle is curved for a more ergonomic grip. 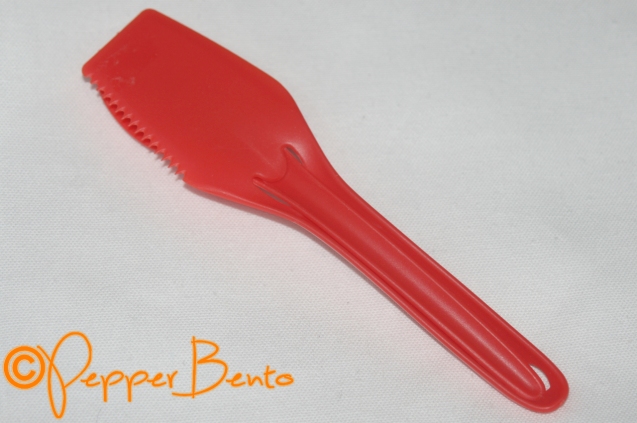 For everyday bento eating it is a shame about the pan scrapper aspect which I imagine would result in some very funny looks and be rather difficult to use in the small space which is a bento box.

Sadly I think it would also melt quite quickly if used while cooking because this is suitable for hand washing only.

Maybe that is why it is called a pan scraper rather than a spatula, because it wouldn’t stand up to being cooked with.

As for their usefulness as cutlery, the edges are quite sharp and I like the fact that the fork has two longer prongs as well as the shorter ones for added ease.

Though I mentioned the pan scraper may melt if used for cooking, the plastic quality on these is thick and sturdy, I don’t think they are likely to snap or bent with usual every day use as cutlery which is nice.

All in all, for £2 it’s a really nice little kit and I can’t really complain.
It might suit camping and picnicing a little more than bento but if you put this in a little case it would be a handy thing to have, even if you only use the spork.

What do you think?
What’s your favourite set of cutlery so far?